On June 9, it was the seventh day that the Yunnan Elephant Group had moved north into Kunming jurisdiction. According to the news disclosed by the provincial headquarters of the security prevention work of Yunnan Province, on June 7, the elephant group continued to rest in the sunset township of Jinning District, Kunming City, and suspended the migration. | learn Chinese 大象 dà xiànɡ  elephant 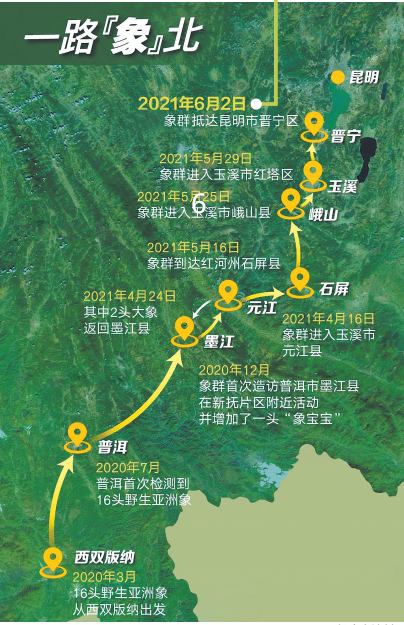 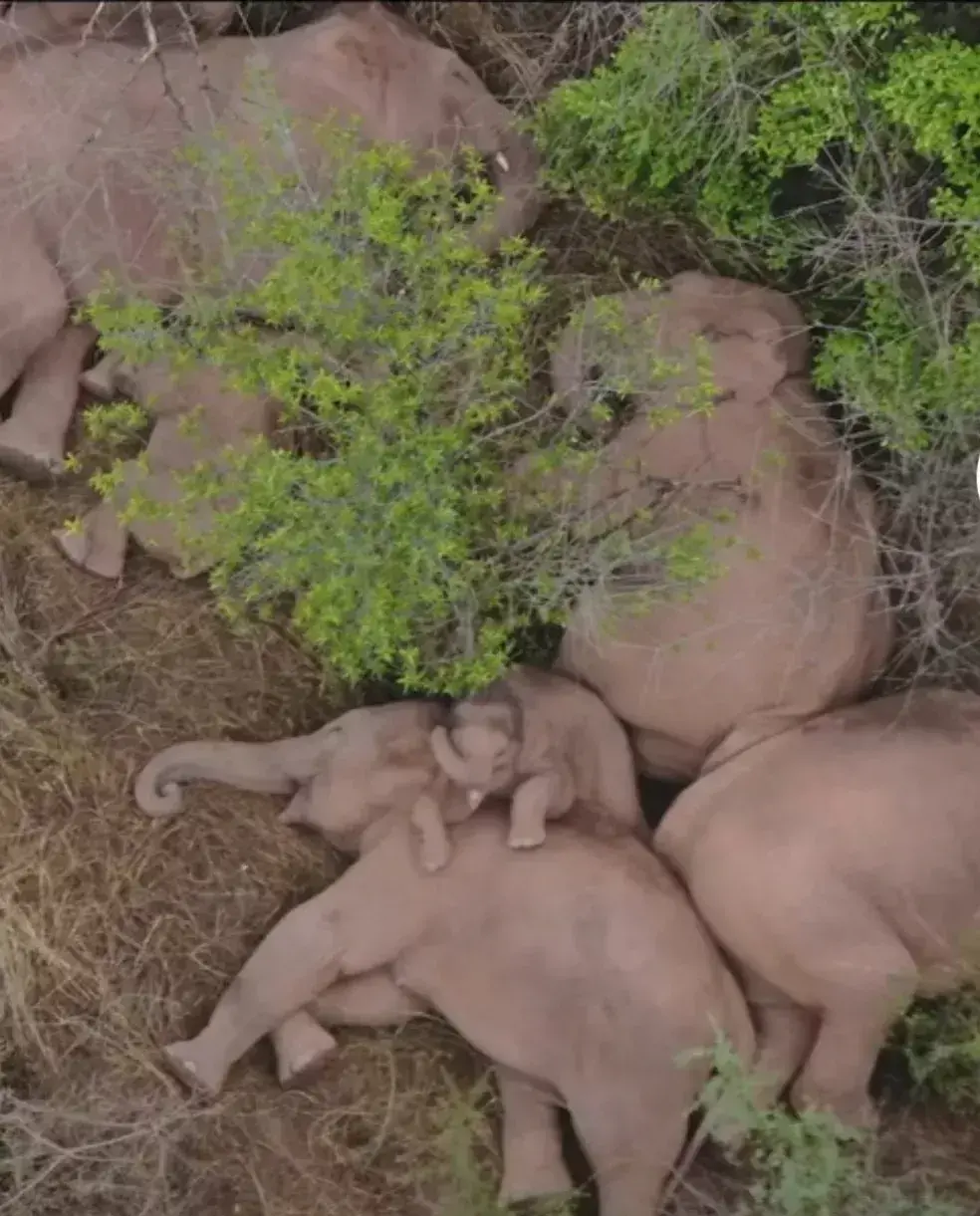 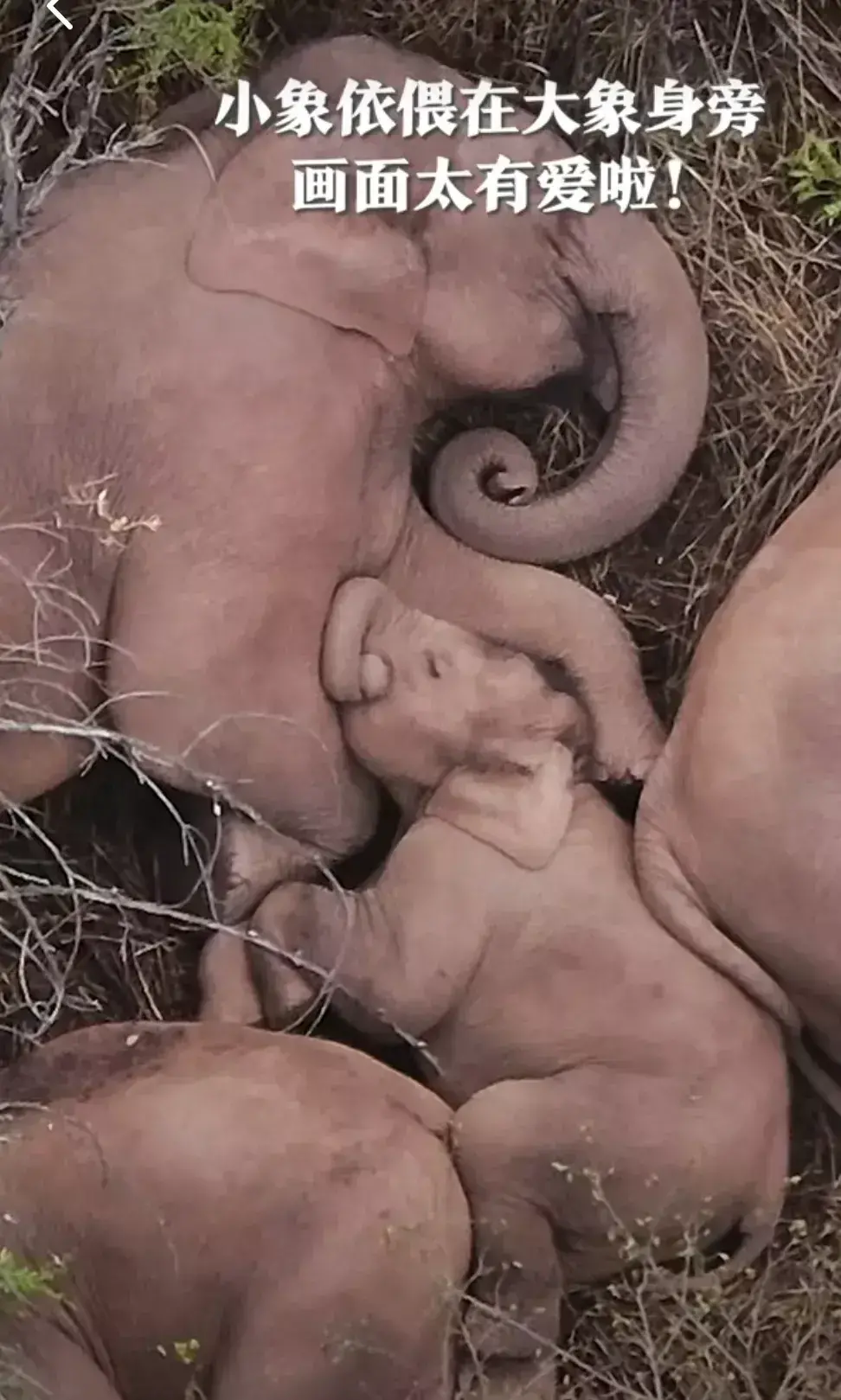 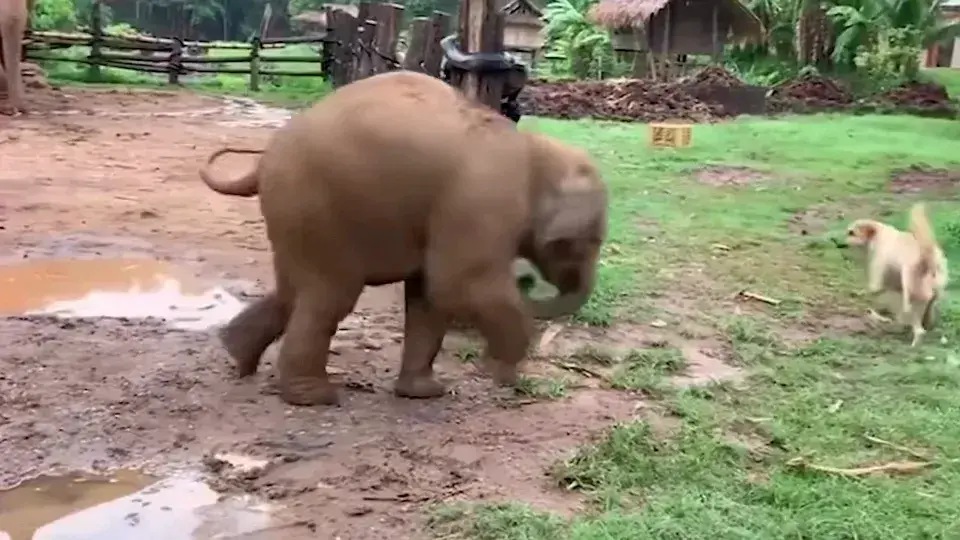 
Where exactly does the elephant go? Why did they move north? Academics and the public have been discussing and guessing recently, and the media has also conducted a lot of reports, so far there is no conclusion. But anyway, the relocation of elephants north is certainly an excellent opportunity to observe elephant behavior and a good opportunity to revisit the relationship between humans and animals. | learn Mandarin 动物 dònɡ wù  animal

More than 10 big guys slept on the ground. The little elephant sleeping in the arms of an elephant touched the soft heart of everyone.

Now the elephant group is in the border between Kunming and Yuxi. Where they go next, no one can give an accurate answer. The academia and the people have conducted all kinds of speculation.

Whatever the reason, the 15 elephants walked nearly 500 kilometers, enjoyed the high-standard free travel, was warmly welcomed by the local residents, and truly achieved people and elephants peace!