In terms of Chinese culture and Chinese history , the article answers one of the most concerned questions of many learning Chinese beginners : Why learn Chinese ? It also points out that learning the Chinese course HSK is the best choice , and provides the website for learning Chinese and how to arrange the daily learning time . 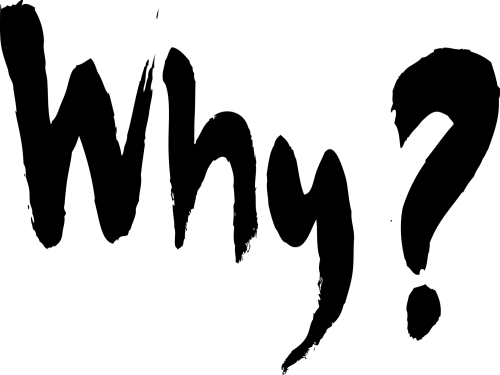 The number of people learning a language reflects the strength of the country's comprehensive strength, taking the two languages that learn the most as an example.

The english-speaking nation, mainly the Anglo-Saxons, were risen abruptly around the seventeenth century, typically represented by the so-called "The sun does not set" of Britain, occupying large parts of Indian Mainland, Australia and New Zealand, American states Mainland and the Middle East, and the sun could shine the British flag at any time.

Since the 1980s, China has also set off a climax of learning English, which is also due to the need to learn technology from western countries because of the reform and opening up. The older generation of Chinese technicians mainly study Russian, which is also a member of the socialist camp headed by the Soviet Union. Many science and technology come from the Soviet Union.

France was also one of the world's overlords and had many colonies around the world, so the number of French speakers was huge.

The Relationship between Mode of thinking and Language

In today's world, the most puzzling thing is that Western reports, comments, and Western views on China are unacceptable to Chinese people, and even doubt whether the authors of these articles and the people who make them are educated? I believe that these authors and politicians are well educated in famous western universities. Their views are derived from their way of thinking, so the way of expression is also the kind of self-righteous, high-rise meaning of the West. The Chinese expression in Chinese is implicit, humble, point to the end, do not talk using insolence, rude interference language for other country.


There are several famous events to illustrate the above views :

1)in the 1950 war against the United States and aiding Korea, the Chinese government affirmed that the United States and the so-called United Nations army can not cross the 38N line, otherwise China will not sit idly by. But the then US government and the impudent and indomitable General MacArthur could not understand the meaning of Chinese, let alone the way the Chinese thought, which led to the first time that Americans signed a truce without victory.

2)the 1962 anti-India self-defense counterattack, the chinese government repeatedly warned not to encroach on chinese territory, do not violate the border by force, can settle the dispute by negotiation, but the Indian government has never believed the chinese government's warning, especially after china said the world's most famous warning saying “do not blame us for not having forewarned you”, the result is that the chinese army forced press on toward the Indian capital, almost moved the capital, this lesson is unforgettable!

3)1979, the same situation was the case with the self-defense counterattack against Vietnam, the same language ," do not blame us for not having forewarned you", and the same result, Vietnam lost ten years of development.

At present, some anti-China alliances led by the United States, including Japan, Australia and other countries, openly clamor to fight for Taiwan's independence, and the Chinese government has once again issued a famous warning ,"do not blame us for not having forewarned you", we will wait and see!

Western world culture is " jungle ", the law of the jungle, who has a hard fist, who is right. U.S. President Joe Biden openly claims that China is not allowed to surpass the United States, not to develop high technology, and not to unify China. In the eyes of the Chinese, it is ridiculous and unreasonable.

The western world's worst killer stream : sanctions and blockade .But decades later , China has built something , and is cheap and beautiful . From nuclear weapons to Beidou Navigation System and space stations , from small shield tunneling to aircraft carrier aviation and Stealth fighter J - 2 0 , all are the products of the blockade .

The chief executive of Dutch lithography giant Asma said publicly that a chip embargo on china would only deprive the west of the chinese market, and would lead china to step up its investment in chip development and make the chip a "cabbage price ".

Mao Zedong, the great man of China, once said ," blockade, eight years and more, all problems have been solved ." The Chinese spirit comes from the precipitation of Chinese civilization, which is not understood without understanding Chinese history.

China's five thousand years of history, so that China has its own cultural heritage, do not understand Chinese culture and language, you will misjudge China's response.

A language expresses a civilization and history, and the Chinese language will tell about its five thousand years of history and help you understand the way Chinese people think and act.

What the benefits of learning Chinese will bring you in the future ?

With the rapid development of China's economy , military affairs and technology , China is bound to become the leader of the world's economic development . How to deal with China and does business will become an important knowledge . If you don't know Chinese, how do you participate in this process? How to keep up with the trend of world development? Which of the top 500 companies in the world does not rely on the Chinese market for profit?

The future society, can not do without the contact with China, you master the Chinese language, you will be like fish in water as easy , enjoy the benefits of China's rapid development.

It takes 1 5 to 3 0 minutes a day to learn the various Chinese courses provided on our official website www.beihaimandarin.com , you can achieve to the level of Chinese course HSK 4 . We offer many interesting free Chinese courses to help you learn Chinese further and learn about China . Don't be confused by those who are biased and do not understand Chinese history and culture , and have ulterior motives . Master your own destiny , grasp your own future , and embark on this high-speed train , your future is bright and brilliant !